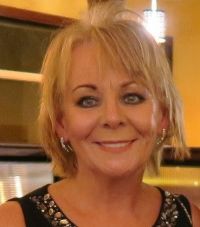 Maggie Wright specializes in portraiture and figurative work. She graduated from Ulster University with a BA (Hons) Fine Arts and has worked on many public and private commissions. She is a Member of United Arts club and Dublin Painting and Sketching Club. Maggie has been with the RHA  painting and drawing  sessions group since 2010.

Previous commissions and private collections  include,

1981 "Ourselves Alone" - University of Ulster, 1981 Rupert Stanley College - Past Pupils